Dr. Jan Klingelhöfer (RWTH Aachen) - Relations between China and the US - a game theoretic approach 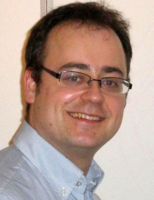 This paper addresses the future of cooperation between China and the US combining game theoretic models of international cooperation and probabilistic models of voting (US) respectively leadership determination (China). The modelling of international cooperation by ideas from McGillivray’s and Smith’s influential “Punishing the prince: a theory of interstate relations, political institutions, and leader change” (2008) and subsequent work by Klingelhöfer.

The mentioned models of international relations rest on the assumption that interstate relations can be described by a repeated prisoners’ dilemma game that is enriched with institutions that describe the process of leader removal respectively reelection.The leader of the country acts as an agent of its electorate or selectorate. Compared to models in the realist tradition that take the state as actor, additional strategic interactions with domestic politics that often counterintuitively enhance the possibilities for international cooperation are part of the setup. Noncooperative behavior of the leader of a country on the international stage can be punished (McGillivray’s and Smith) and cooperative behavior rewarded (Klingelhöfer) by domestic players notwithstanding the fact that noncooperative behavior might have been in the interest of the country and the domestic players at the moment the country’s leader chose to pursue it. However, in contrast to previous models, we allow for probabilistic elements in the punishment that allows for richer interaction of domestic and international policies.
Because such rewards and punishments become more costly the more entrenched the leader of a country is, the rise of President Xi to the most powerful and unchallenged Chinese leader since at least the death of Deng Xiaoping might paradoxically reduce his ability to find compromises with the United States. The reason is that he faces fewer negative consequences from less future cooperation with the United States because his standing within the Chinese leadership depends on it to a smaller degree, and consequently the temptation to see short-term advantages becomes more tempting. Future leaders of the United States, on the other hand, are likely become less able to commit to long-term beneficial projects because of an electorate that is increasingly focused on domestic issues on which it is deeply divided. In such a situation, a President’s reelection is less likely to be influenced by his reputation in China. The more divided a democratic country is on domestic issues, the lower is the numbers of voters who are making their decision based on considerations of international cooperation. Thus, they are less inclined to either punish a leader who is not trusted by other countries by voting against him or to reward one who has an exceptional international standing by voting in favor of him although they are inclined to vote differently for domestic policy considerations. This will reduce the incentives of future US president to make long-term commitments to cooperation with the Chinese side.

Dr. Jan Klingelhöfer is research fellow at the RWTH Aachen, Germany. He received his PhD from Stockholm University, Sweden in 2010. His research interests are Applied Game Theory, Applied Macroeconomics and Political Economics.