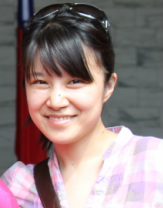 The effects of asymmetric information are often difficult to detect empirically, such as in insurance settings (Chiappori, Jullien, Salanie and Salanie, 2006). We show that allowing for the possiblity of reference-dependent preferences can assist with this callenge. Using detialed auto insurance claims data and adopting the methodology of Allen, DeChow, Pope and Wu (forthcoming) which studies reference-dependence in marathon finishing times, we show that policy holders exaggerate their damage claims in a manner consistent with reference dependent moral hazard with the original premium as a reference point.

Consistent with our theoretical model of reference-dependent moral hazard, we find greater tendencies to recover the premium amount in the second half of the coverage year compared to the first half, and stronger effects among policyholders` first claims compared to subsequent claims. The reference-dependent effect is stronger among policyholders with higher premium levels and those deemed low risk by the insurance company, and is concentrated among more expensive cars and older cars. We do not find robust patterns in the concentration of insurance claims at round number percentages less than the full premium amount, such as 90% or 80%, nor at percentages greater than the premium amount such as 110%. This implies that the unnatural claim behavior is motivated significantly by reference-dependence around the original premium rather than merely wanting to increase one´s claims more generally. Since the claims can only be this precisely manipulated by the policy holder after an accident, the findings can be attributed specifically to ex-post moral hazard but not adverse selection or ex-ante moral hazard. Our study illustrates the potential of behavioral economics frameworks in assisting with identification challenges for classical economic problems.

Dr. Jamie Lien is an assistant professor of economics at the Chinese University of Hong Kong. Her research areas are Behavioral Economics, Experimental Economics, Applied Microeconomics.